Simandou, Nimba and Zogota: the long and difficult road to the start of iron ore production

Guinea, which is generally seen as having some of the biggest unexploited iron ore deposits in the world in its south eastern corner, is also one of the countries in which they are the most difficult to bring into production, principally because of the absence of infrastructures to evacuate the ore. Société Minière de Boké, which has the rights to the northern part of the Simandou project (blocks 1 and 2), still believes in its project, however, and this could serve to encourage its neighbours in the southern part (blocks 3 and 4), Rio Tinto and Chinalco. Two other nearby iron ore bodies have also attracted the leading figures of the international mining sector. Nimba is controlled by Canadian magnate Robert Friedland and the development of Zogota, in which Israeli businessman Beny Steinmetz is still involved, is being spearheaded by former British Conservative Party chief executive Mick Davis. The resumption of activity on the three major iron ore projects in south eastern Guinea seems, moreover, to be attracting new investors to adjoining exploration permits.

Winning Consortium has chosen the companies which will assess the environmental and social impact of the development of blocks 1 and 2 of the Simandou iron ore project. [...]

Rio Tinto and Chinalco, co-owners of blocks 3 and 4 of the Simandou iron ore project in Guinea, are recruiting a team they hope will soothe relations with locals and shield the firms from accusations of damaging biodiversity. [...]

Odhav steps up the hunt for iron around Simandou

Odhav Multi Industries has applied for yet another exploration permit for iron ore adjacent to the giant Simandou project in Guinea. [...]

Simandou: Beny Steinmetz gambling on ICSID in his case against George Soros

To keep his case against George Soros from being dismissed by the New York courts, Beny Steinmetz claims evidence introduced to the ICSID proves he is not guilty of corruption. [...] 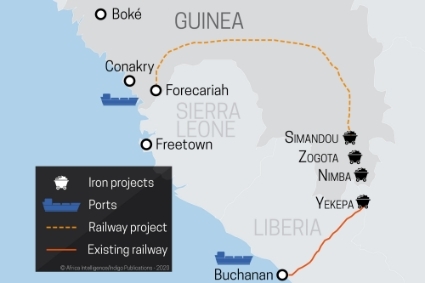 Zogota: Back to the drawing board for Mick Davis, Beny Steinmetz and associates 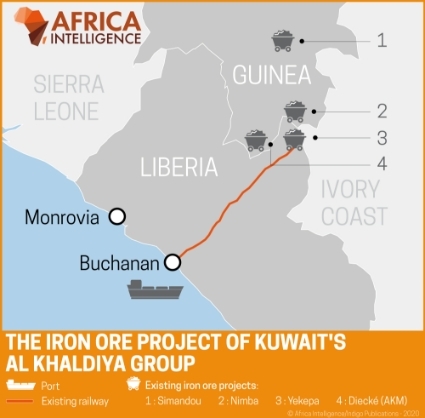 Al Khaldiya, which is controlled by Kuwaiti interests, has revised its strategy for its Diecké iron ore project in southeastern Guinea. It has lowered its initial production target from 4m to 1.5m tonnes with the aim of getting the mine into operation more quickly. [...] 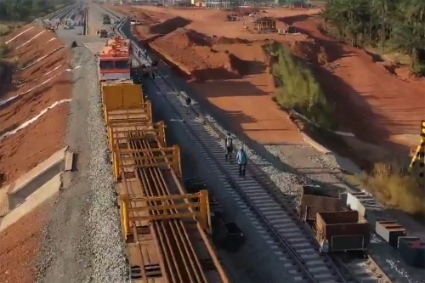 To cover a part of the $15bn that the development of blocks 1 and 2 at the Simandou iron ore deposit will cost, the operator Winning Consortium Simandou is looking to raise capital in London. [...] 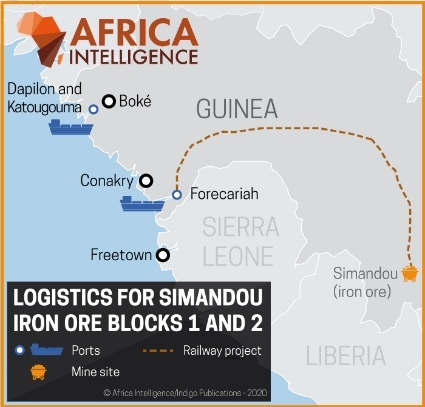 Bolloré, Total, WSP... all and sundry keen on Simandou blocks 1 & 2

A pack of companies are crowding for a chance to conduct the series of preliminary studies and development work for Guinea's massive Simandou iron ore project. [...] 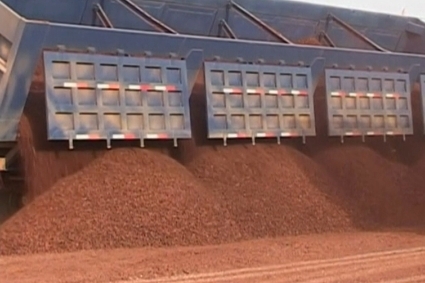 Odhav Multi Industries, which has been looking to get into Guinea's iron ore mining business for several months, has applied for permits adjacent to Simandou, one of the biggest unexploited iron ore deposits in the world [. [...] 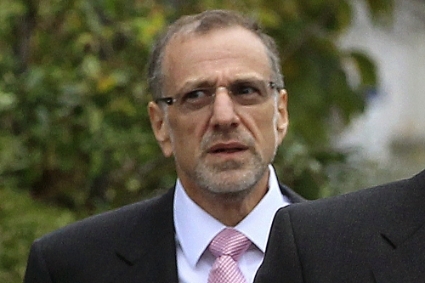 Niron Metals, run by Mick Davis, former Chief Executive of the British Conservative Party and to which Beny Steinmetz is linked, has a clear plan to mine the Guinean Zogota iron ore project, after reaching an agreement on the Simandou blocks. [...] 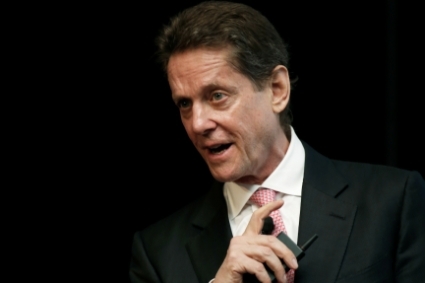 MIGA, the World Bank agency for foreign investment, is considering contributing to the financing of the Nimba iron ore project, which could prove crucial for the Guinean economy but also for the preservation of biodiversity. [...] 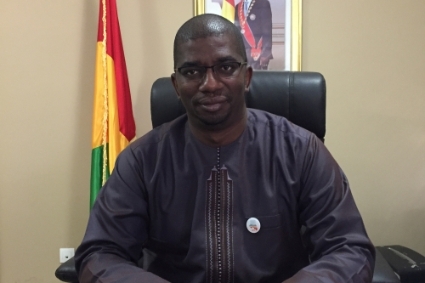 Abdoulaye Magassouba has set up a committee to monitor development on the four Simandou iron ore blocks and made himself its chairman. In this way, he intends to have full control of all decisions relating to this mining project, crucial to Guinea's economic future. [...] 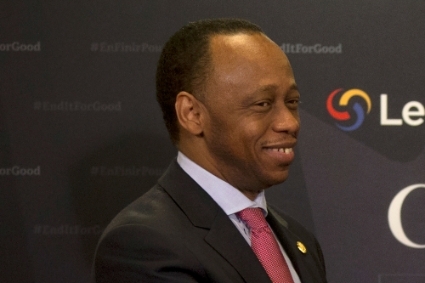 The former Guinean prime minister, who is today in charge of the Nimba project, considers that prospects for the development of the iron ore deposit there have been damaged by the coronavirus pandemic after having been already called into question by UNESCO on environmental grounds. [...]

The French major Total has reportedly reached a deal with Société Minière de Boké on storing and supplying the fuel needed for operations at blocks 1 and 2 of the Simandou iron ore project. [...] 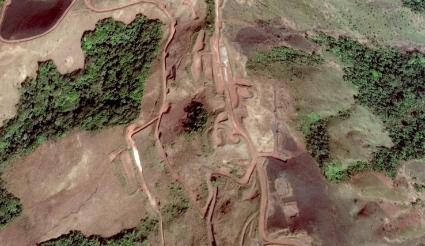 Guinean members of parliament are due in the next few days to ratify the mining convention which will open the way to development of the Simandou iron ore project by Société Minière de Boké. [...]

Published on 19/05/20 at 1 pm. The mining convention covering blocks 1 and 2 on the Simandou iron ore mining project, which were put up for sale following settlement of a dispute between former owner Beny Steinmetz Group Resources and the government, has been finalised. [...]

Simandou: Auguste Debouzy advises SMB in its talks with Conakry

Société minière de Boké (SMB) has enlisted the services of [...]

Simandou: behind the scenes of SMB and Conakry's negotiations

Ever since it took ownership of blocks 1 and 2 on the Guinean iron ore mine Simandou in mid-November (AMI [...]

To protect iron ore operators from the same tensions and [...]

Following in the footsteps of Canadian mining magnate Robert Friedland (AMI 453), the former chief executive of the UK's Conservative [...]

Niron brushes off 2019 losses with brighter outlook for 2020

Niron Metals, the British firm that picked up a licence [...]

Will Unesco approve of iron ore mining at Mount Nimba?

In 2020, Unesco should assess what impact Robert Friedland and Aboubacar Sampil's iron ore projects could have on the Mount Nimba nature reserve that was inscribed on the world heritage list in 1981. [...]

Simandou: SMB, first on the list and one of the first to be informed

According to our information, Société Minière de Boké (SMB) has won the tender call issued by the Guinean government for [...]

To help reboot Guinea's iron ore industry, the government will be rehabilitating the aerodrome where its promotors' teams transit, N'Zérékoré. [...]

The Guinean parliament was not able to start its review of the convention between the Conakry government and High Power [...]

The Guinean government has picked out a team to decide which of the two offers submitted on October 4 for [...]

Operators from near and far interested in BSGR's former Simandou blocks

Other than a set of international mining giants, the bidding round launched by the Guinean government in July for the blocks formerly owned by Beny Steinmetz Group Resources (BSGR) on the Simandou iron ore deposit has caught the attention of [. [...]

Conakry not happy for history to repeat at Simandou

Hoping that the bidding round launched in July for blocks [...]

Candidates wishing to take part in the bidding round launched [...]