After having begun his career as a modest seller of foodstuffs, 63-year-old Mohamed Ould Bouamatou has gradually established himself as a major business figure in Mauritania. His BSA group is present in all the key sectors of the country's economy, whether it be banking and insurance or the distribution of cigarettes, and is managed as a family affair, with the help of his tribal allies and a number of faithful associates.

In a country dominated by clan logic, his success has inevitably whetted appetites and provoked bitter conflict. Bouamatou found himself early on in the political sphere. He stays out of the limelight but little by little has found himself in the role of king-maker. The last one to benefit from his influence was a cousin who is currently the president of Mauritania, Mohamed Ould Abdel Aziz. After carrying out his coup in 2008 and acceding to the presidency, Abdel Aziz let his relations with Mohamed Ould Bouamatou deteriorate. The latter, who now lives permanently in Morocco, presents himself as supporting former head of state Ely Ould Mohamed Vall in the 2019 presidential elections. He will make his powerful Nouakchott contact network available to Mohamed Vall and his key political and media connections, including those in France. West Africa Newsletter details these intertwining networks in this new exclusive report.

Although the businessman and opposition figure Mohamed Ould Bouamatou was hoping to normalise his relations with Mohamed Ould Ghazouani, the [...]

Lawyers, lobbyists, opponents…Many figures have benefited, and continue to benefit, from the businessman's generous ‘commissions'. An investigation. [...]

Still the subject of an arrest warrant issued by Nouakchott, Mohamed Ould Bouamatou is activating his networks at UNESCO in [...] 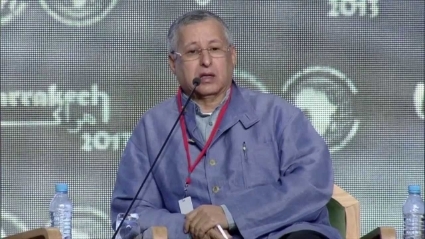 Consultants and lawyers already winning in Aziz vs Bouamatou war

All the president's men

For several years, Mohamed Ould Abdel Aziz has relied on the same handful of political and security advisors. So who are they? [...]

Valls due in Senegal  Free

French Prime Minister Manuel Valls is due to tour several [...]

Vall limbers up for the next presidential ballot  Free

The former president in the transition period is already beefing up his network of supporters with the election in 2019 firmly in mind. [...]

The Mauritanian authorities are taking a close interest in Mohamed Ould Bouamatou’s philanthropic activities. Bouamatou has been engaged in open [...]

Bouamatou to be kicked out of Marrakesh?

According to Mauritanian and Moroccan sources, Mauritanian billionaire Mohamed Ould Bouamatou could soon be forced to leave Marrakesh where he [...]

Having been off the scene in recent years, Ely Ould Mohamed Vall has recently been trying to increase his visibility [...]

The low-key launch of the Foundation for Equal Opportunity in Africa on August 8 by wealthy Mauritanian businessman Ould Bouamatou [...]