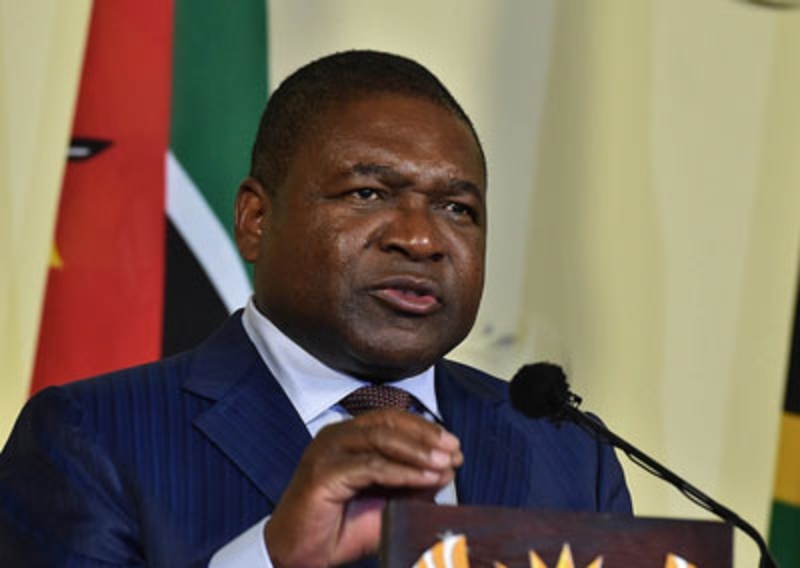 Issue dated 16/02/2017 Reading time 24 minutes
Just as international companies are preparing to invest colossal sums of money in gas reserves in the province of Cabo Delgado, a handful of retired generals, who come from this northern region and belong, for the most part, to the Maconde ethnic group, are counting on their support for President Filipe Nyusi to boost their private business interests. Alberto Joaquim Chipande and Raimundo Domingos Pachinuapa, two of the key figures in this fast-expanding lobby group, are members of the Frelimo political commission, the ruling party's highest decision-making body. Around them, there is a larger group of former generals, including defence minister Atanasio Salvador Mtumuke, former army chief of staff Ladis "Lagos" Lidimu and former deputy security minister Salesio Teodoro Nalyambipano, who all have common business interests. Despite the populist, nationalist ideology to which they claim to subscribe, these long-standing Frelimo stalwarts switched their battle dress for briefcases a long time ago. Now unashamed capitalists, they consider that their past roles in the national liberation struggle give them a right of access to the country's wealth by whatever means they choose. Several of them started their businesses thanks to government loans they never repaid or by simply taking over state resources with total impunity. With little real ability to become captains of industry, they content themselves with selling access to their contacts and political influence to foreign investors.

They were hampered for a time in their money-making efforts by the high-octane business ambitions of former president Armando Guebuza and his family. As a result, they distanced themselves from him and gave all their support to Nyusi in the October 2014 presidential elections. Since then, they have been looking to capitalize on their support for the head of state by claiming access to the rewards available from mining and gas contracts. They are not all equally successful in this but clearly model themselves on the MPLA generals who got their hands on Angola's oil and mining spoils. This way of accumulating wealth is not proper to these former nationalist generals but, in Maputo as in Luanda, they are a key part of the governing class.

In addition to this inner circle of Maconde generals, two other figures have close links with President Nyusi: Jose Muaria Mateus Katupha, who comes from northern Mozambique but belongs to the Macua ethnic group, and transport minister Carlos Mesquita, who is a childhood friend of the head of state. Both have extensive business interests.

See our rates
Choose the option that suits you best: Compare all of our offers!
Already have an account?

Two companies, one a Spanish concern and the other incorporated in Panama, have joined forces to set up several firms [...]

The scandal of secret loans that were used to purchase naval equipment to protect the coast didn’t stop General Chipande from continuing business as usual - in the maritime sector! [...]

Veolia starts to clean up Pemba

The French firm Veolia has found an influential local partner to help it in the problem of dealing with the waste from Pemba. [...]

Generals’ offspring are kings of business

Sons and daughters of generals close to the ruling party are investing right, left and centre, in a wide variety of sectors. [...]

The most hopeful outlook for the gas industry is in the northern part of the country. Frelimo dignitaries and former generals don’t want to miss out on this opportunity. [...]

Taking their cue from President Armando Guebuza and his family, who have stakes several companies (see here), many former officers in the Mozambican army now lead very comfortable lives as businessmen. Over the years, they have creamed off the most [. [...]

Valentina da Luz Guebuza, the daughter of President Armando Guebuza, has a minority stake (2.5%) in the firm Beira Grain [...]

Choose how your personal data is managed

Apart from those essential for the proper operation of the website, you can choose which cookies you accept to have stored on your device.

Either “Accept and close” to agree to all cookies or go to “Manage cookies” to review your options. You can change these settings at any time by going to our Cookie management page.

A cookie is a text file placed on the hard drive of your terminal (computer, smart phone, tablet, etc.) by the website. It aims to make browsing more fluid and to offer you content and services tailored to your interests.

These cookies allow us to anonymously collect data about traffic on Africa Intelligence.

These cookies help up us assess how effective our Twitter campaigns are to promote our publication and our services.

These cookies allow us to better cater to our clients and users’ needs.