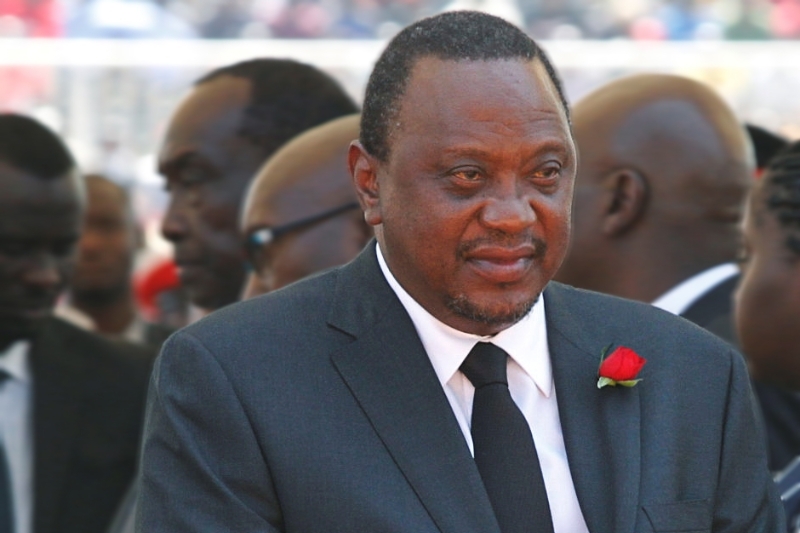 Issue dated 18/12/2012 Reading time 25 minutes
As the son of Jomo Kenyatta, father of the Kenyan nation and founder of a veritable dynasty, Uhuru Kenyatta has, theoretically, the resources to match his ambitions, thanks to the vast family fortune amassed by his father and managed by his younger brother Muhoho. Nevertheless, his efforts to obtain the Kenyan presidency have until now always failed.
Despite having suffered setbacks in the parliamentary and presidential elections of 1997 and 2002, he has little by little established himself as one of the central figures in Kenyan political life. He has been a deputy since 2001, deputy prime minister since 2008 and was minister of finance from 2008 to 2012. And he still hopes to follow in his father's footsteps. He plans to stand again for president in the March 2013 general elections, which he plans to contest as head of a new political party, The National Alliance.
His political ambitions risk being hampered, however, as a result of his having been charged before the International Criminal Court (ICC) for his involvement in the post-electoral violence which broke out in Kenya in late 2007 and early 2008. The charge forced him to resign as minister of finance in January 2012. His trial, which is expected to take place in April 2013, between the two rounds of voting in the presidential elections, could compromise his chances of becoming president.
This is all the more the case for the fact that his running mate, William Ruto, has also been charged by the ICC. The two were nevertheless seen in late 2012 as posing the most serious challenge to the team leading the polls for the presidential elections, prime minister Raila Odinga and vice president Kalonzo Musyoka.
Whatever the outcome, Kenyatta's family fortune, his widespread political support and the lasting aura of his father will ensure that he will continue to exercise strong influence in Kenya, particularly within the Kikuyu community.

See our rates
Choose the option that suits you best: Compare all of our offers!
Already have an account?

President Uhuru Kenyatta, the son of Kenya’s first President Jomo Kenyatta, is concocting a political future for his youngest son, [...]

President Uhuru Kenyatta is particularly unhappy with the very poor [...]

While his rivals are beginning to build up steam for the next general election, due to be held in 2017 [...]

Njee Muturi, a thorn in the President’s side?

Reputed to be very close to the Head of State Uhuru Kenyatta, the Solicitor General Njee Muturi is now the [...]

Dissension within President Uhuru Kenyatta’s inner circle is a constant source of agitation inside the State House. Rivalry between the [...]

According to our sources, the Kenyan Commercial Bank of Africa [...]

The two largest media groups in the country – Royal Media Services (RMS) owned by Samuel Kamau Macharia and the [...]

Concerned by the popularity of the new Kikuyu language TV [...]

Kenyatta distances himself from Mediamax layoffs

President Uhuru Kenyatta did not respond to requests from Mediamax [...]

The governor of the Central Bank of Kenya (CBK), Patrick Njoroge, is currently in collision with senior officials in the [...]

Does Kenyatta want to turn MediaMax into a propaganda organ?

According to our sources, President Uhuru Kenyatta and the Presidential [...]

Standard Media Group is to change its CEO

The fate of Sam Shollei, CEO of Standard Media Group [...]

Standard Media Group (SMG), one of whose main shareholders is [...]

Kenyan President Uhuru Kenyatta is keen for his family company, [...]

President Uhuru Kenyatta of Kenya has for several months been [...]

The CEO of the Nation Media Group (NMG) since 2008, Linus Gitahi, which is owned by the Aga Khan foundation, [...]

The media group owned by the family of Kenyan president [...]

President Uhuru Kenyatta has been under pressure from his relatives [...]

After clearly stating its preference for Raila Odinga in the Kenyan presidential election, London is now working for good relations with President Uhuru Kenyatta. [...]

Kenyatta too flexible with Ruto

Certain of President Uhuru Kenyatta’s advisors find him too accommodating with his Vice President William Ruto and are worried about the extent of the latter’s influence. [...]

The International Criminal Court (ICC) is to mount a powerful lobby of the five permanent members of the United Nations [...]

Kenyatta and Ruto walking on eggshells

Caught between the proceedings of the International Criminal Court (ICC) against them and the devolution of certain powers under the new constitution, President Uhuru Kenyatta and his Vice President William Ruto have been obliged to tread carefully in making all [. [...]

A major part of the reason that President Uhuru Kenyatta is taking his time to appoint his new government is [...]

The only foreign Head of State to speak at the [...]

Kenyatta mobbed by kith and kin

The members of Uhuru Kenyatta’s entourage are already at the starting blocks to pick up posts in government and senior administration. [...]

Delicate presidential term in store for Kenyatta and Ruto

The hair’s breadth victory (50.07%) by Uhuru Kenyatta and his running mate William Ruto in the presidential election on 4 [...]

In his run for the presidency, Uhuru Kenyatta retained the services of a British company to help him appear credible as a candidate. And it seems to be working. [...]

Business leaders and many other circles in Kenyan society (NGOs, journalists and the like) are doing their utmost to prevent the March 4 general election from turning into a remake of the ethnic clashes that followed the ballot in December, [. [...]

Prime minister Raila Odinga does not believe that he can beat his rival, deputy prime minister Uhuru Kenyatta in the [...]

The firm Brookside Dairy, owned by the family of the Kenyan Deputy Prime Minister Uhuru Kenyatta, can’t get what it wants from the Tanzanian President Jakaya Kikwete. [...]

The decision by the International Criminal Court to indict Uhuru Kenyatta and William Ruto has caused an upheaval on the Kenyan political scene. [...]

Financial problems seem to be undermining the media group owned by the Deputy prime Minister’s family. Just at the time when Uhuru Kenyatta most needs it! [...]

Several of President Mwai Kibaki’s wealthy friends are mobilising to pull Uhuru Kenyatta from the ICC’s clutches and sponsor him as a presidential candidate in 2012. [...]

What if Mwai Kibaki had to drop Uhuru Kenyatta?

The President of Kenya, Mwai Kibaki, is preparing for the possibility that the International Criminal Court (ICC) could call for [...]

The Kenyatta family to Uhuru’s rescue

President Mwai Kibaki is under strong pressure to prevent Uhuru Kenyatta from standing trial at The Hague. [...]

Hoping to be ready to take over from President Mwai Kibaki in 2012, Uhuru Kenyatta has created a foundation to help him impose himself as leader of the Central Province. [...]

The Kenyatta buys into television  Free

The family of the chairman of the Kanu party and likely candidate for the presidential election, Uhuru Kenyatta, has just taken a foothold in the media sector. [...]

Choose how your personal data is managed

Apart from those essential for the proper operation of the website, you can choose which cookies you accept to have stored on your device.

Either “Accept and close” to agree to all cookies or go to “Manage cookies” to review your options. You can change these settings at any time by going to our Cookie management page.

A cookie is a text file placed on the hard drive of your terminal (computer, smart phone, tablet, etc.) by the website. It aims to make browsing more fluid and to offer you content and services tailored to your interests.

These cookies allow us to anonymously collect data about traffic on Africa Intelligence.

These cookies help up us assess how effective our Twitter campaigns are to promote our publication and our services.

These cookies allow us to better cater to our clients and users’ needs.

Sign up for real-time alerts and be notified of new editions!