Jimnah Mbaru has been head of the Dyer & Blair investment bank, which today is highly prosperous, since 1983. He also has a substantial portfolio of shares in other flourishing companies. Born in 1947, he figures among the richest businessmen in Kenya and his success has earned him such nicknames as "the Warren Buffet of Africa" or "the godfather of investment banking".

He is very close to President Mwai Kibaki, who became head of state in 2002, and is part of the circle of businessmen, all Kikuyu like him, who act as advisers to the presidency. Until early 2012, he belonged, notably to the National Economic and Social Council (NESC), a think-tank responsible for formulating Kenyan economic policy alongside President Kibaki.

Among these men of influence figure the owners and managers of TransCentury, an investment company in which Jimnah Mbaru is one of the main investors. They are a group of businessmen, united by their common financial and political interests, who like to meet up at the Muthaiga Golf Club. They form part of the Kikuyu establishment and, as a result, TransCentury is suspected of serving as the financial arm of the Gikuyu, Embu, and Meru Association (GEMA), a body set up in the 1970s to protect the interests of the Kikuyu elite.

Jimnah Mbaru stands at the heart of this network, which is united by a web of business interests and which controls a substantial part of Kenya's financial activity through Equity Bank, in which he is a shareholder, and the British American Insurance Company (Britak), of which he is a director. His influence over the financial sector is further reinforced by the fact that he was head of the Nairobi Stock Exchange (NSE) from 1992 to 2001.

Jimnah Mbaru is already a business magnate in Kenya but does not intend to confine himself to business: he plans to stand for the seat of governor of Nairobi, a high-ranking and much sought after position, in the elections planned in 2013.

Wind of panic at TransCentury

Despite all the efforts made by investment firm TransCentury to [...]

The battle for Kemsa leadership has already begun

The mandate of John Munyu, general manager of Kenya Medical [...]

Faced with extremely dull results for his company Dyer and Blair (brokerage, investment and money management), the Kenyan tycoon Jimnah [...]

The governor of the Central Bank of Kenya (CBK), Patrick Njoroge, is currently in collision with senior officials in the [...]

The Kenya Chamber of Mines which represents the mining groups [...]

Acorn Group Africa wants to be liberated from Britam

In an open dispute with the financial services company Britam [...]

Since the county elections and their governors in March 2013, a new authority has joined the state structures. The effects are sometimes surprising. [...]

Jimnah Mbaru was disappointed by his failure to be elected governor of Nairobi and now wants to go back into business. [...]

Businessmen in the grip of election fever

The 47 county governor seats that were created in the 2010 constitution and are to be filled in the March 2013 general election, are a powerful magnet for several high profile people in the business world who want to throw [. [...] 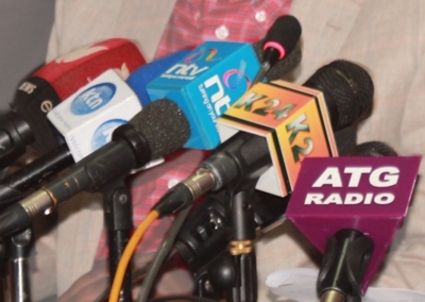 After being top of the pile during President Mwai Kibaki's two successive mandates, the Kikuyu elite that is strongly represented in the world of business is now starting to be concerned that it could be pushed out of political power [. [...]

The chairman of the Dyer & Blair Investment Bank and director of several other Kenyan firms, Jimnah Mbaru, would really [...]

Mukhisa Kituyi back in favour

A year after losing his seat in the December 2007 general election, the former Minister for Trade Mukhisa Kituyi has [...]

A group of Kenyan front line entrepreneurs has formed an investment company to do business with Rwanda in various sectors of activity. [...]

Another stockbroker in trouble

Just a few months after the collapse of the Nyaga Stock Broker, a large company heavily indebted to its clients, [...]

The delicate path to negotiation

The timetable proposed by the mediator Kofi Annan to the two Kenyan rivals (it stipulates four weeks to stop the cycle of violence followed by one year to initiate the necessary constitutional reforms) says much about the complex nature of [. [...]

A rapidly growing company owned by people close to President Mwai Kibaki is negotiating the acquisitions of a 40% stake in the former Kanu daily. [...]