Although he is now over 70, Franco-Greek businessman Panayotis Taloumis, known by his friends as "Pana", remains an authoritarian figure who keeps a tight hold on the reins of his group. A genuine self-made man who arrived in Madagascar as a teenager, he set up TAF, his first company, in the 1960s. The company specialised in food products and, in particular, in coffee. It prospered during the 1970s, enabling him to set up 10 or so other companies during the 1980s and 1990s in such varied sectors as distribution, bottling, automobiles, property and cocoa.

Taloumis is paternalist, old school employer, who has gained the support of his group's 1,500 employees by offering them benefits as he sees fit. He pays the hospital expenses of the least well-off among them, for example. In return, those who receive these benefits show him unfailing loyalty. Despite his austere demeanour, he has not always been rewarded for the trust he has placed in his senior executives, several of whom came from Greece to work for him. Some of his companies have fallen victim to fraud and it is perhaps to avoid making the same mistakes and, above all, keep his group under family control, that he recently put his two young sons, Ioannis and Vassilis, at the head of his companies in preparation for his succession. He relies heavily on them now, as well as on his wife, Chantal Guérin Taloumis, who is also one of the group's senior managers.

Although he is not a a great one for socialising, Taloumis has long had good connections in Madagascan high society and takes advantage of his position as honorary Greek and Cypriot consul to get maximum advantage from his contacts with the Madagascan authorities. In this way, he has made his way without mishap through the succession of political regimes which have held sway in Antananarivo in recent decades. In addition, he was wide-ranging connections, as well as some partners and friends, in the business sphere.

Imprimerie Nationale wins in Djibouti but loses in Ethiopia

The French public company has landed a major contract to manufacture biometric identity documents in Djibouti. A similar offer did not interest the Ethiopians. [...]

A merry game of musical chairs has played out in the African subsidiaries of the French Banque populaire-Caisse d’épargne (BPCE): [...]

Galana boss to take his retirement

Iqbal Rahim, the head of the Malagasy oil distribution group [...]

On 7 March the Grande Loge Nationale de Madagascar (GLNM) Freemasons gathered at the Carlton Hotel in Antananarivo to select [...]

After narrowly missing being elected to the permanent office of the National Assembly, the independent MP Harimampianina (Hary) Andrianarivo, the [...]

Suzette Razafindrakoto Randriamanalina, the chairwoman of the Progediam association of small shareholders of BNI Madagascar, went on the offensive to [...]

While the presidential election on 25 October may not bring political stability, it has already boosted business, via the heavy expenditure by the five or six candidates with the highest profiles before the numerous international observers. [...]

Sale of BNI still not a done deal

Those opposing the sale of Credit Agricole's stake in BNI to a consortium consisting of Ciel Investment, Bank One and the businessman Hassanein Hiridjee won't let go. [...]

GEM goes into war against Omert

The Malagasy employers' organization Groupement des Entreprises de Madagascar (GEM) made two decisions during a meeting held in its premises [...]

The date when telecoms operators will raise their subscriptions for private company mobiles has been pushed back by three months. [...] 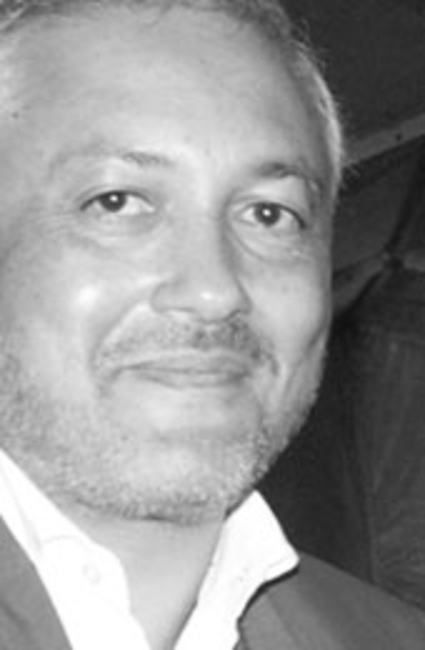 Since the beginning of this year, the businessman and former chairman of Groupements des entreprises de Madagascar (GEM – the [...]

The automobile franchise Sodirex (which represents the Citroen brand in [...]

The electric equipment supply company Cometech Industrie has not been [...]

The businessman Naina Andriantsitohaina has built up quite a tidy little press group over the years. All that was left was to launch a TV station! [...]

As The Indian Ocean Newsletter revealed in December 2011 (ION [...]